Does My Cat Love Me? 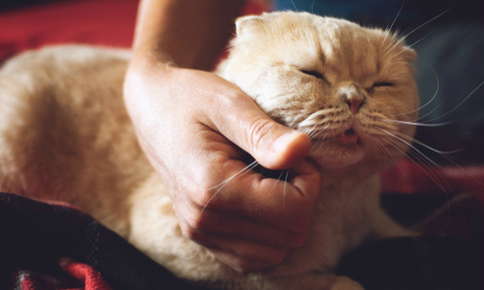 Cats have an undeserved reputation as cool, aloof creatures. Although it's certainly true that cats aren't quite as demonstrative as dogs, felines do show affection in subtle ways. Cheek rubs, head butts, vocalizations, and other behaviors let you know how much your cat cares about you.

Cats aren't solitary animals. When they're in the wild, they form colonies with other cats. When they live with you, you become a cherished member of their colony. Your cat demonstrates his or her connection and affection for you with a variety of behaviors, including:

In addition to affection, regular veterinary care is an important part of every cat's life. If your cat is due for a checkup or is experiencing any health problems, call us to schedule an appointment.

Psychology Today: How Do Cats Show Affection to Humans?, 9/17/18

Purina: How Do Cats Show Affection?

Find us on the map

We are CLOSED all MAJOR HOLIDAYS